Abbreviated as "CSA". An organization in Canada that both establishes standards for testing and actually tests electrical systems including lighting for performance and fire and electrical safety. In most cases Canadian law requires that consumer products receive safety certification from CSA or equivalent body.

Abbreviated as "cd". The international standard unit of luminous intensity. Its origins date back to when a standard reference candle was the basis for intensity comparisons.

Abbreviated as "cp". A standard unit for Luminous intensity. Candlepower distribution curves are graphical representations of the intensity distribution of reflector shaped bulbs.

Used in electric circuits such as in ballasts that are used to store electrical charge and to provide power factor correction. Its ability to store a charge is measured in farads. The capacitors used in high intensity discharge lighting systems are measured in microfarads (mF). See Farad, Charge.

The name used by Osram-Sylvania ® / Osram for their double envelope halogen bulbs which are bulbs that have an outer envelope around the halogen capsule such as PAR bulbs.

Type of indicator bulb that is contained within what is called a 'cartridge'. They are designed for use in special threaded lampholders used for panel lighting applications.
Bulb
Lampholder 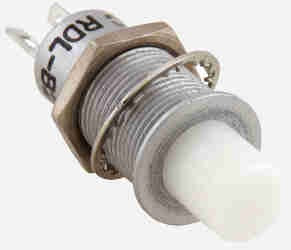 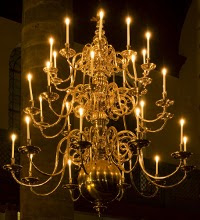 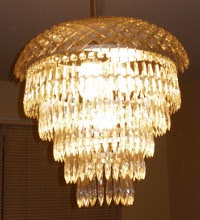 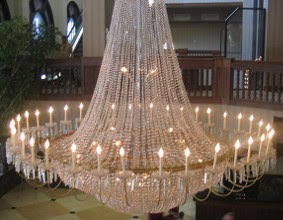 Measured in Coulombs (abbreviated q or Q). In practice charge is most often discussed in terms of Amp-Hours (Ah). One coulomb is the amount of charge transported by a current of 1 amp over 1 second. That means that 1 amp for 1 hour (1 Amp-Hour) is 3600 coulombs (60 seconds * 60 minutes = 3600).

"Copper or aluminum wire or a combination of both types wound into a coil. The coils are then slid onto an iron core. It is common for both copper and aluminum wire to be used in the same coil or for either in a single coil or sometimes a combination surrounding core in ballast." - Advance Ballast glossary. See Lamination.

The visual perception of one or more wavelengths of light. When combined these wavelengths stimulate the eye's red, blue and green receptors which then in turn send signals to the brain resulting in the perception of specific colors. Most commonly colors are perceived as a result of light being reflected by a surface which then allows for additional differentiation of physical objects.

The name "color blindness" is actually misleading as 99% of cases are actually suffering from a color deficiency. Color deficiency/blindness affects 8-10% of males and 0.5% of females. Color Blindness can be the result of a number of different conditions including but not limited to chemical damage, disease, nerve damage and genetic disorders. Color blindness can vary wildly from a complete inability to perceive one or more primary colors to a simple deficiency of one or more primary colors to a combination of the two.

How a color is perceived by the human eye or, depending on the context, an individual when lit by a particular light source.

This can refer to two different things:

Slip-on Only
Screw Only 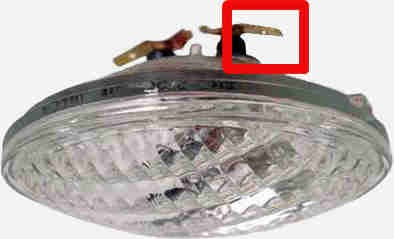 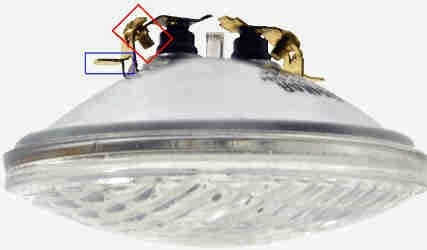 "Material which surrounds and adheres to components and protects them." - Advance Ballast Glossary.

The traditional industry standard name given to the Correlated Color Temperature of 4100 kelvin.

"Component of electromagnetic ballast that is surrounded by the coil. Core is comprised of steel laminations or solid ferrite material." - Advance Ballast glossary. See Laminations.

A part or parts within an electrical device that work together to control its output. In ballasts such a device is used to supply and control the necessary electrical characteristics such as voltage and current for both bulb starting and normal operation.

A device acting as a "hood" mounted on the outside of a fixture that is designed to block stray unused light that would be considered light pollution.

A constant extinguishing and restarting of a bulb. This is caused generally by an older bulb